A pattern art series inspired by the 2020 season of The Great British Bake Off, or The Great British Baking Show. People often bake-along to each week’s episode, which features a theme. I wanted to give myself a structured challenge and practice designing patterns, so when the season released, I “baked along” by designing patterns with each week’s theme!

All patterns can also be found on aprons, phone cases, and other merchandise in my Redbubble shop. 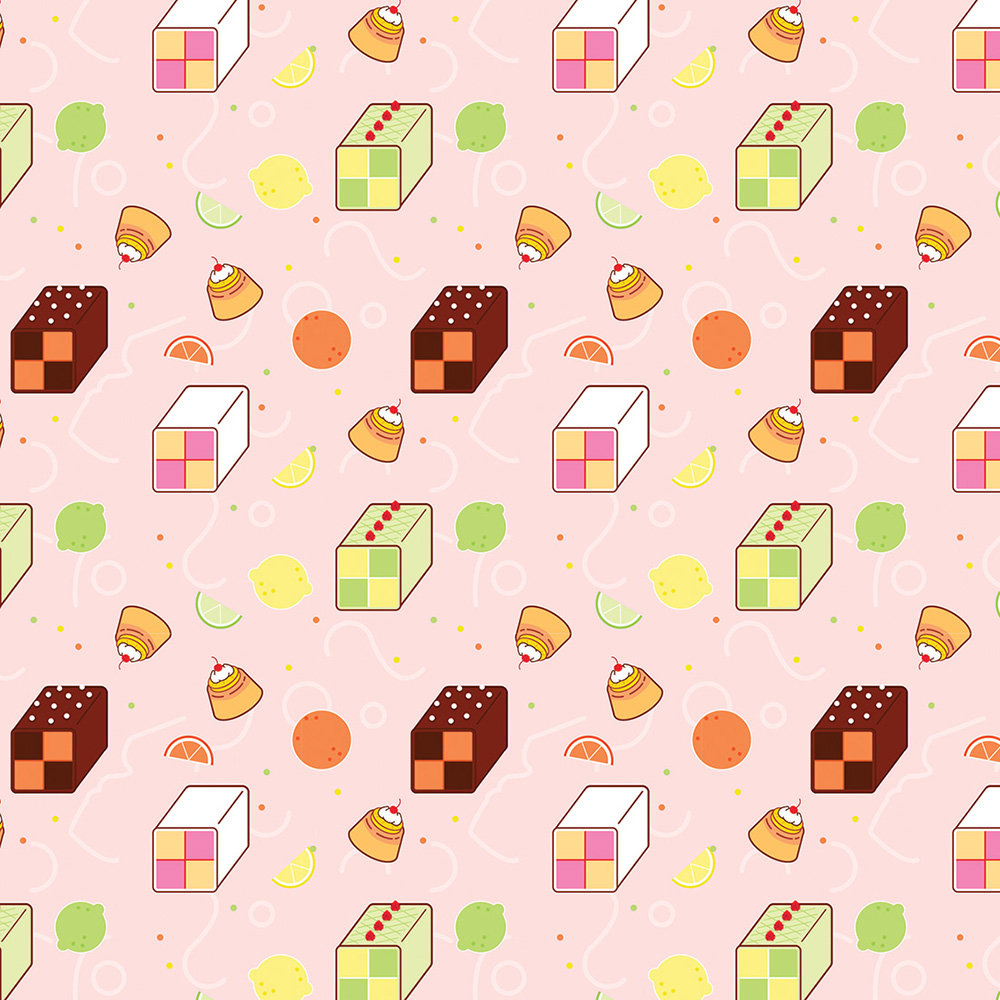 Bakers had to create a signature Battenberg cake, and upside down pineapple cakes for their technical challenge. The had to make a 3D portrait bust cake for the show stopper.

For my pattern, I chose to represent the first two challenges more literally, and the third more abstractly, making organic lines and geometries in the background that hopefully look like faces! 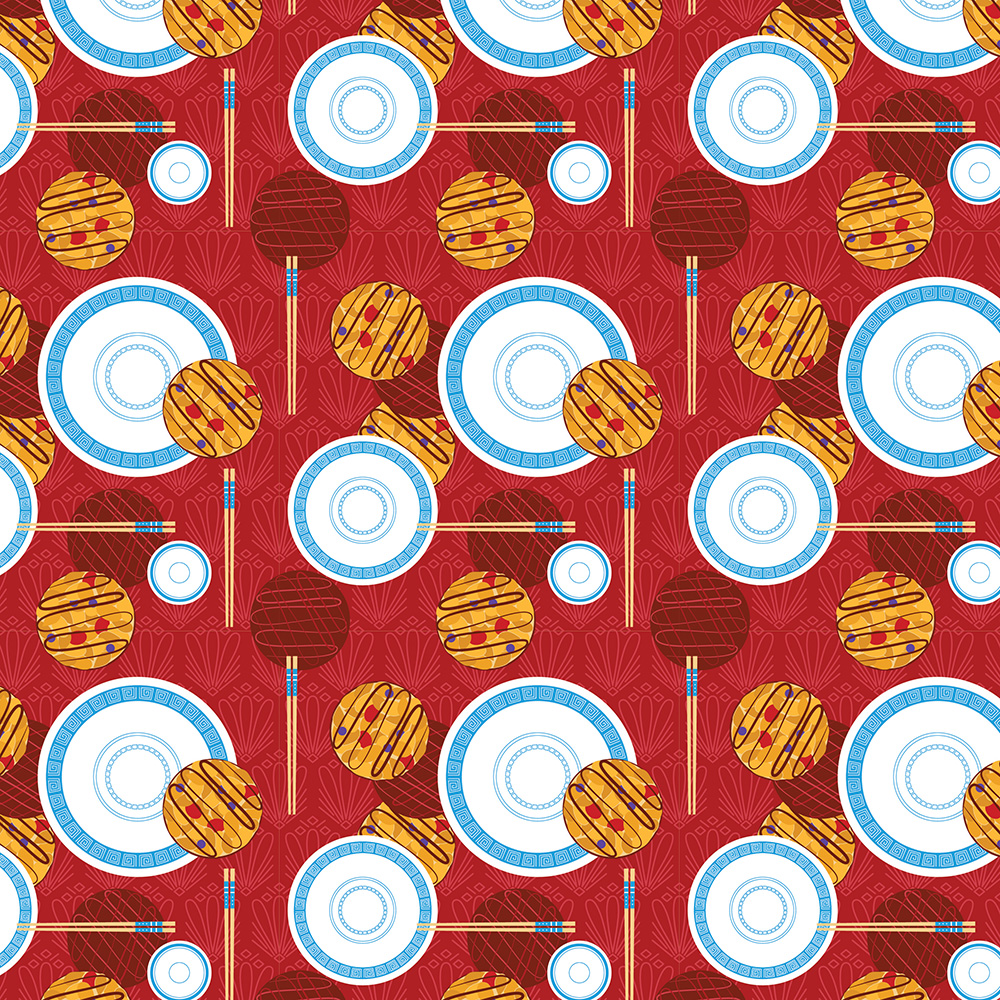 Bakers had to create signature florentines, and macaroons for their technical. They had to make a 3D biscuit table setting for the show stopper challenge.

For my pattern, I wanted to play with the circle shape that’s common for cookies and tableware. I chose traditional Chinese tableware because I think the ornate patterns are similar to the intricacy of florentines. The chopsticks contrast from the circles, and the background secondary pattern is reminiscent of a subtle Chinese brocade that may be used as a tablecloth. 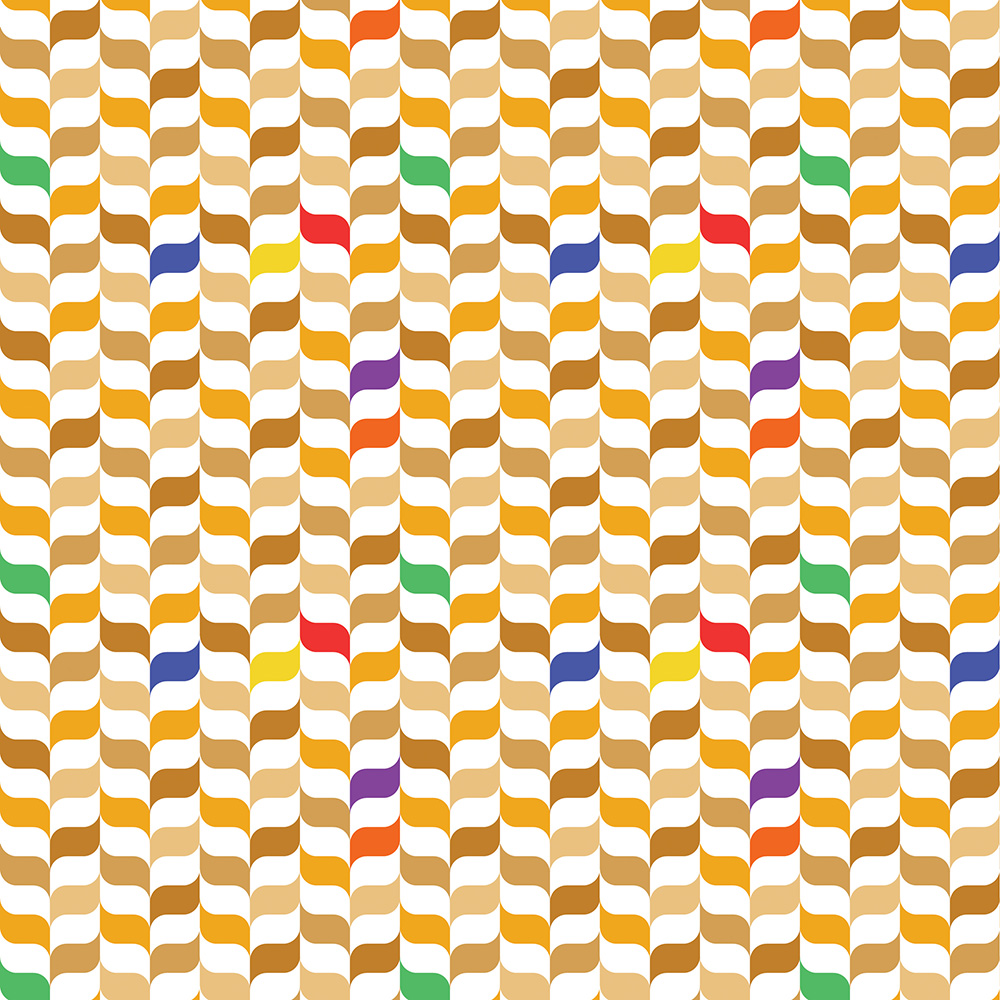 Bakers had to make signature soda breads, and rainbow twist bagels for their technical. They had to make a fancy bread plaque scene for their show stopper.

This challenge was hard! The simple, vector-based illustration style did not lend itself well to making soda breads look good (or recognizable), and the rainbow bagels kept looking donut-y.

In the end, I decided to focus on the plait, because in the show, they always like to go on about bread braiding! I also decided to weave some of the rainbow colors in as well. The end result reminds me of an organic version of a classic Chevron pattern! 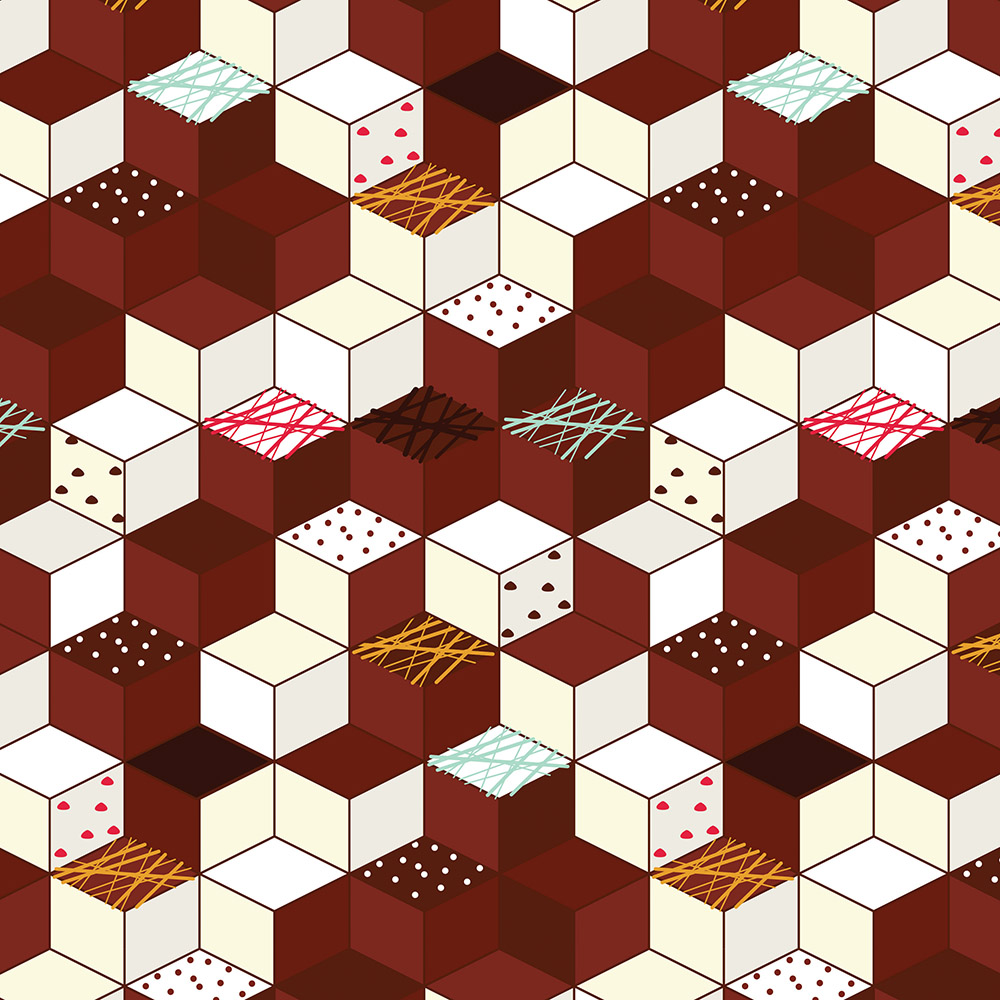 Bakers had to create signature brownies, and technical chocolate babkas. They had to make a tiered, white chocolate celebration cake for their show stopper.

This week’s design features brownies flavored with some MC Escher...but Milk Chocolate instead of Maurits Cornelis! :')

...Anyway! When I saw the brownies, I thought of how they’re usually cube-like, which made me think of Escher’s work, especially the patterned cube. 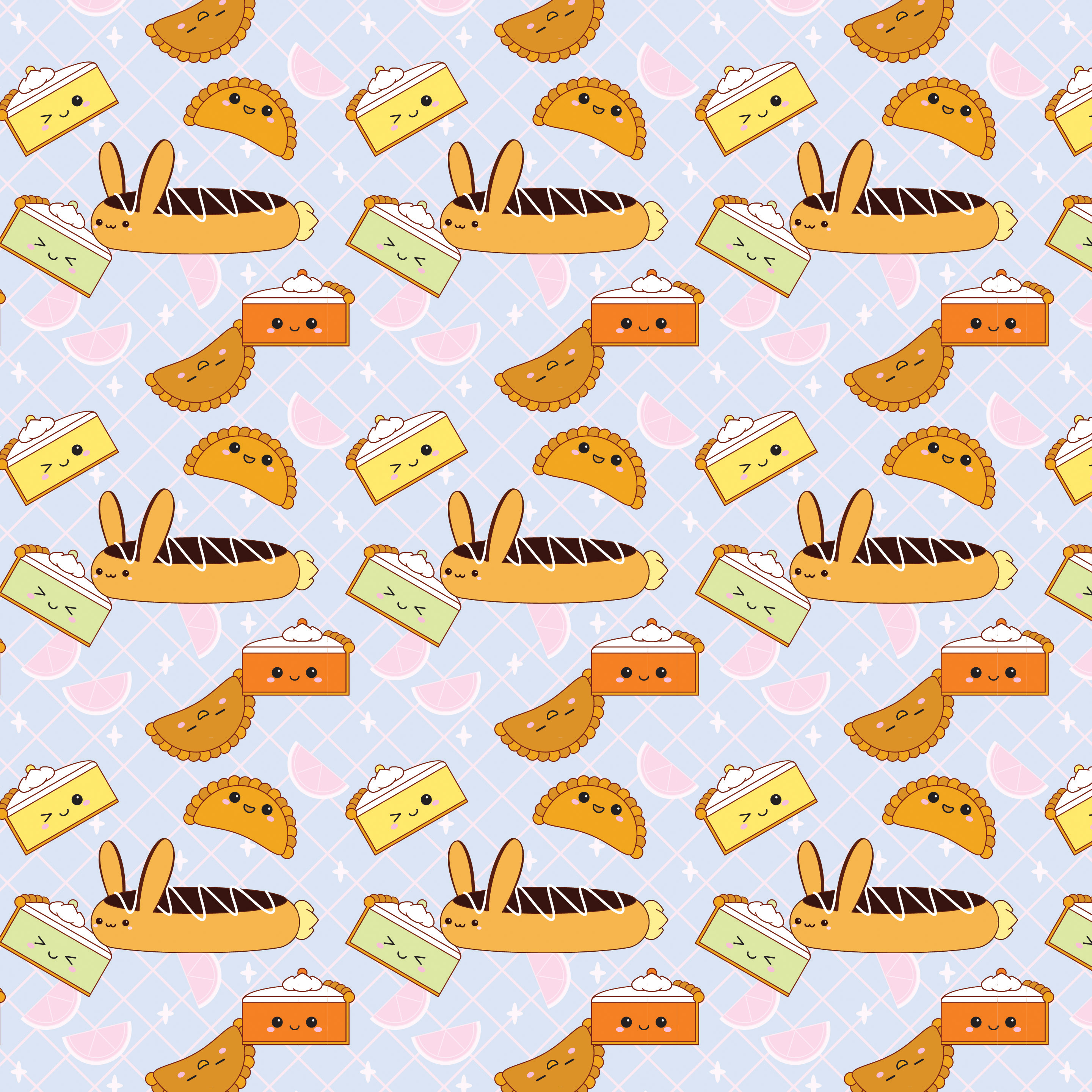 Bakers had to make signature pasties and technical éclairs. They had to make a tart in a pastry cage for their show stopper.

This week’s pattern features my Éclair Hare character! I was still figuring out the plush friend version at the time, but was excited to share my idea in its 2D form. The pattern also showcases some cute tart slices and pasties, and the background secondary pattern has criss-crossing lines as a nod to that cage contraption the poor bakers had to contend with. 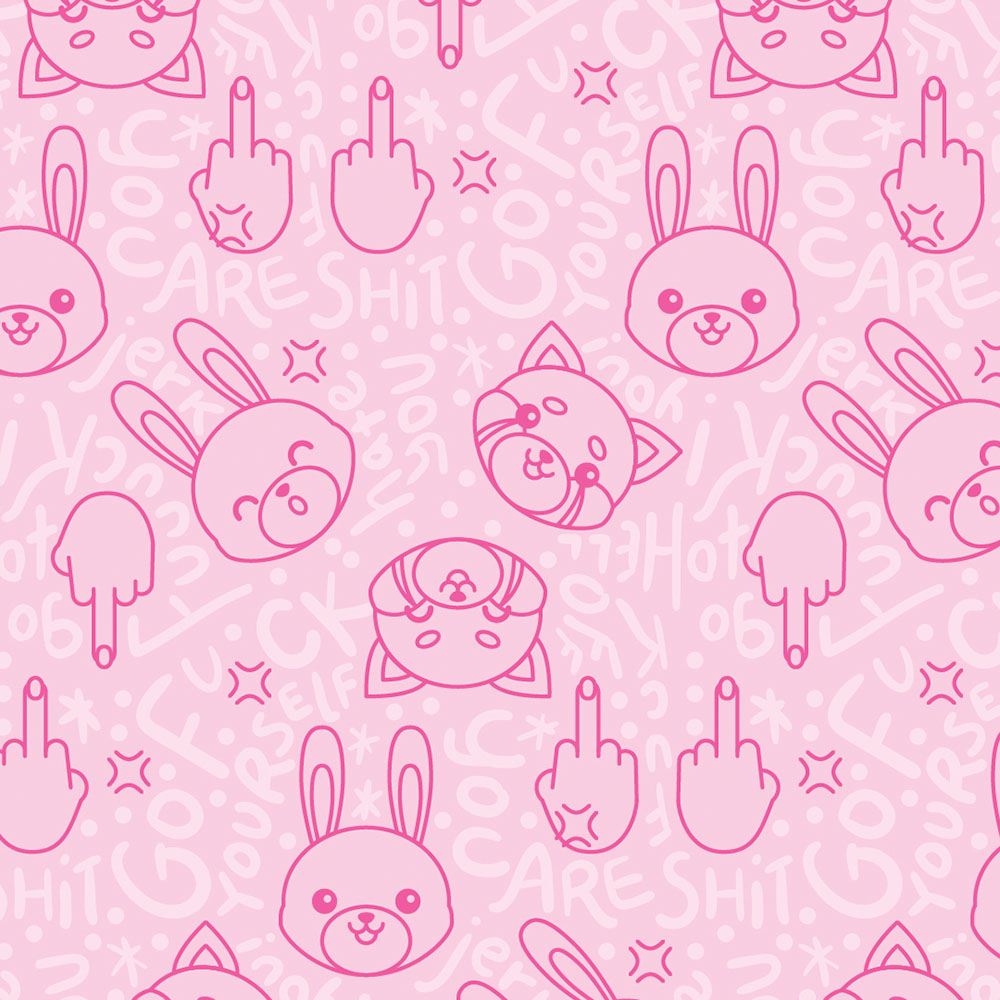 Bakers had to create any-kind-of steamed buns, French-inspired Mille Crêpe, and free-to-interpret “get inspired by Japanese cuisine”—anything goes so long as it’s kawaii...

Up until this point, patterning along to GBBO had been a fun challenge for me. However, this week proved to be an extremely irritating episode, especially because I am a Chinese person who grew up/lives in a Western society, lived in and studied briefly in Japan, and just genuinely appreciates many aspects of their culture and cuisine in addition to my own.

I wrote an open letter to the show’s production team to express my distaste in their stale bake choices and offer some alternative ideas. It was truly infuriating to see how little effort and research went into this episode—I was genuinely looking forward to it. I thought it would be a cool trio of bakes where I’d learn something neat. But ultimately, it revealed itself to be offensive.

I did manage to design a pattern inspired by this though: focal-point kawaii, underlying “F you”—and featuring red pandas because I rewatched some Aggretsuko episodes shortly after. 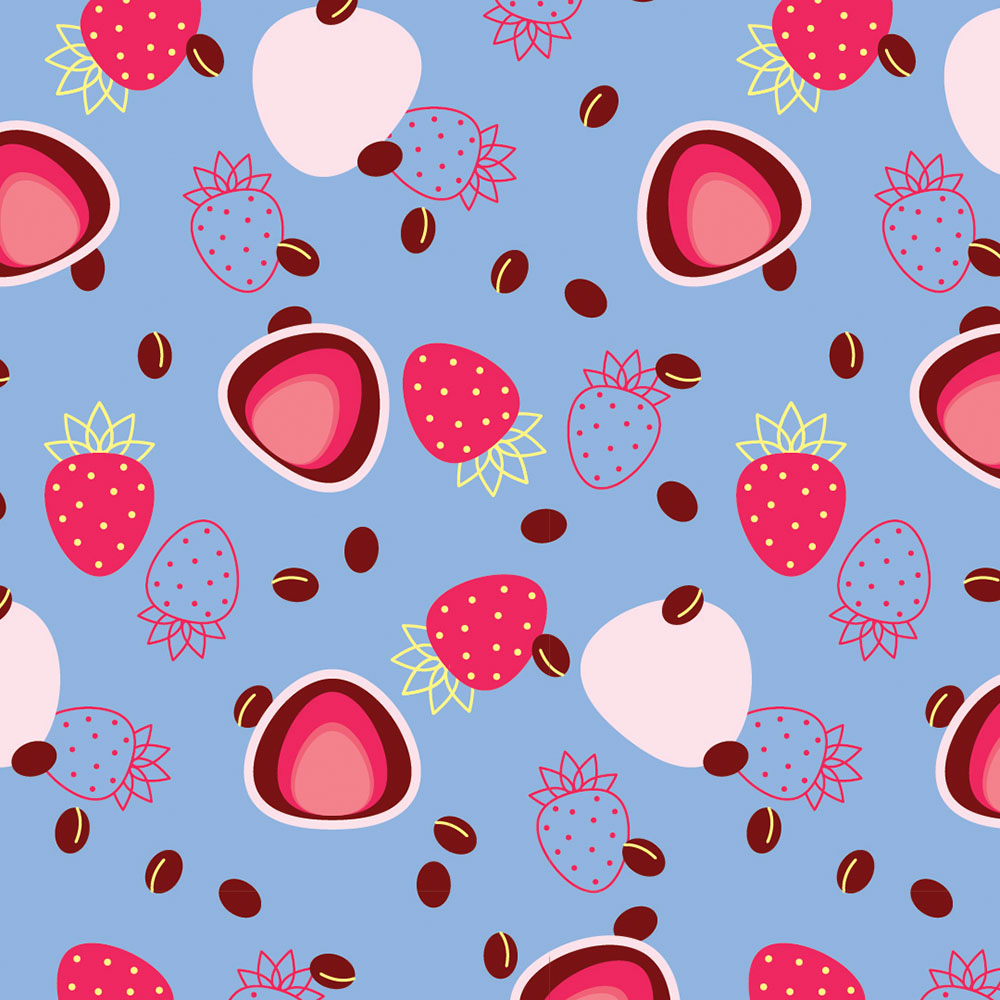 After the previous episode, many people were very displeased with GBBO and let them know in all forms of social media comments, tweets, etc...

Everyone was ignored. No one from the show offered any statements or answered anyone’s comments...but they did have time to reply other comments that didn’t mention their faux pas.

So! I ignored all their 80’s bakes too. My pattern instead features Ichigo (Strawberry) Daifuku, which originated in the 1980’s—and in Japan! Daifuku are little rice cakes of sweet red bean paste wrapped in sticky mochi, or glutinous rice “dough.” The ichigo version includes a whole strawberry in the middle! 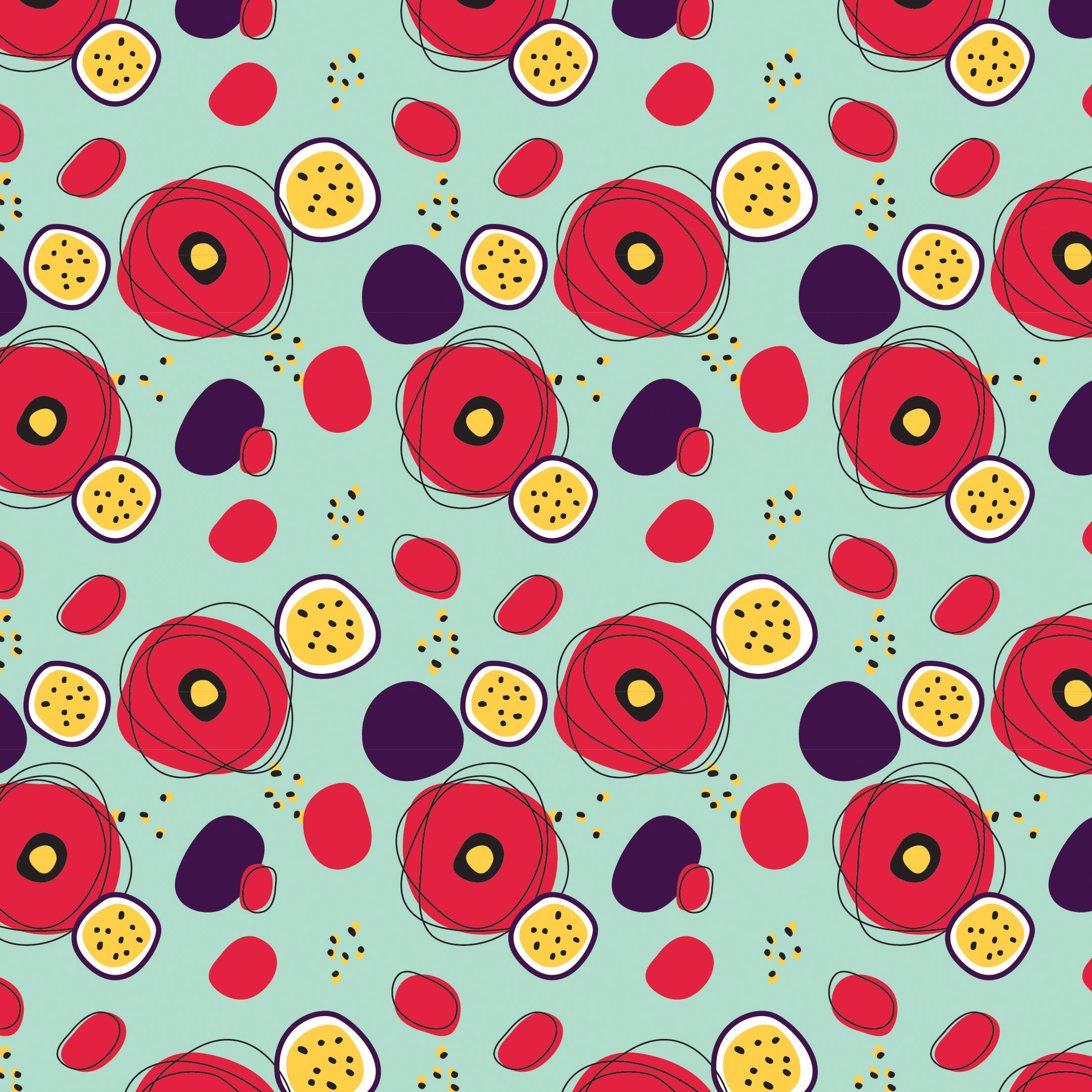 Bakers had to create...uh...desserts! I didn’t pay too much attention to this episode (I became significantly uninvested in the show after “Japanese” Week, tbh). There were cheesecakes and a lot of jelly art.

I also distinctly recall passion fruit being a popular flavor among the bakers, and everyone being impressed with Hermine’s jelly poppy flower.

Thus, this week’s design features poppies and passion fruit! Given the art style/medium I’d been using for this pattern series, you can really only do so many wedges of dessert items before they all become the same—so I wanted to branch out! I also wanted to try a different style, along the lines of contemporary abstract, to focus on playing with shapes and colors. 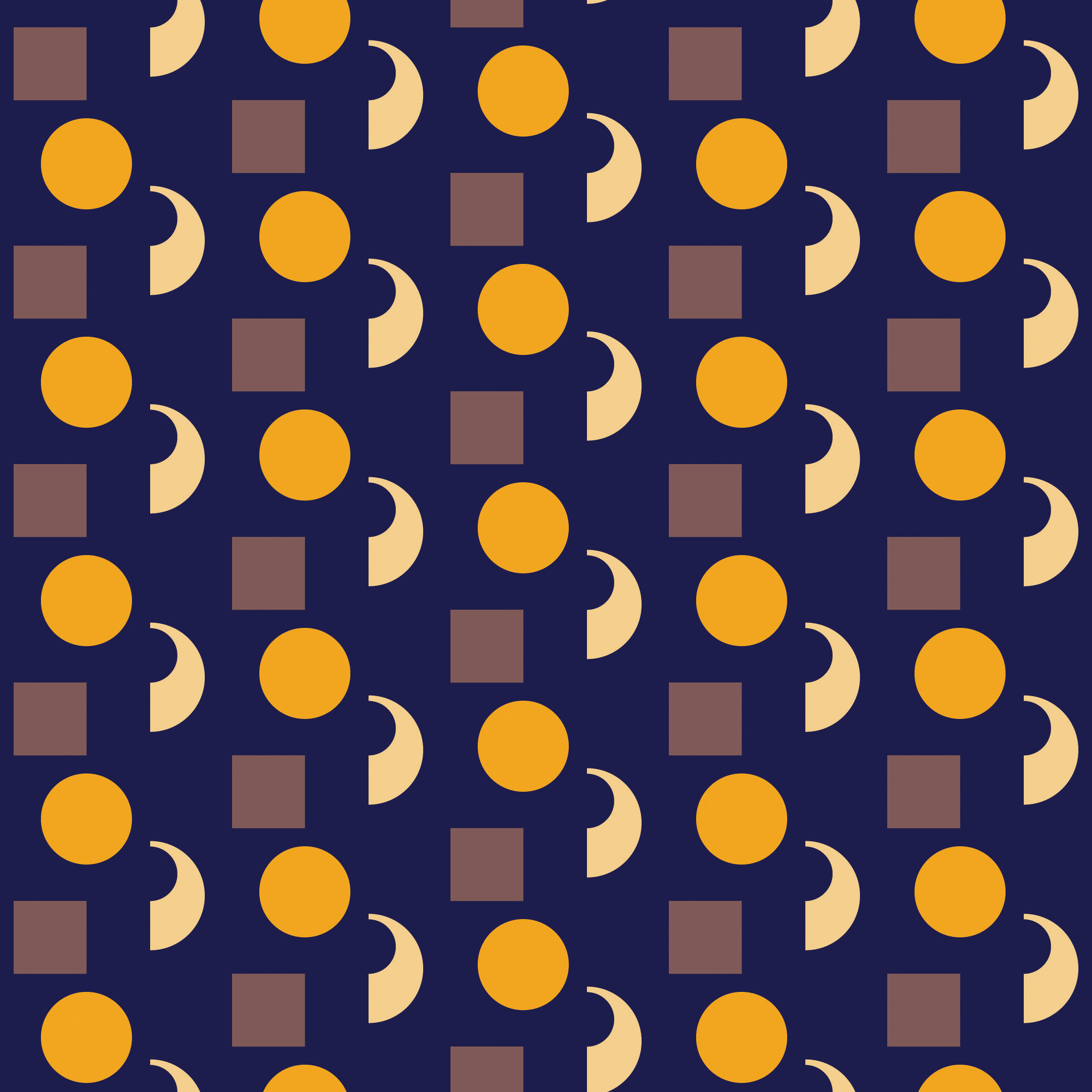 This looked like a very geometric episode to me, so I decided to play around with geometric abstractions as well as a darker color palette, just to switch things up. 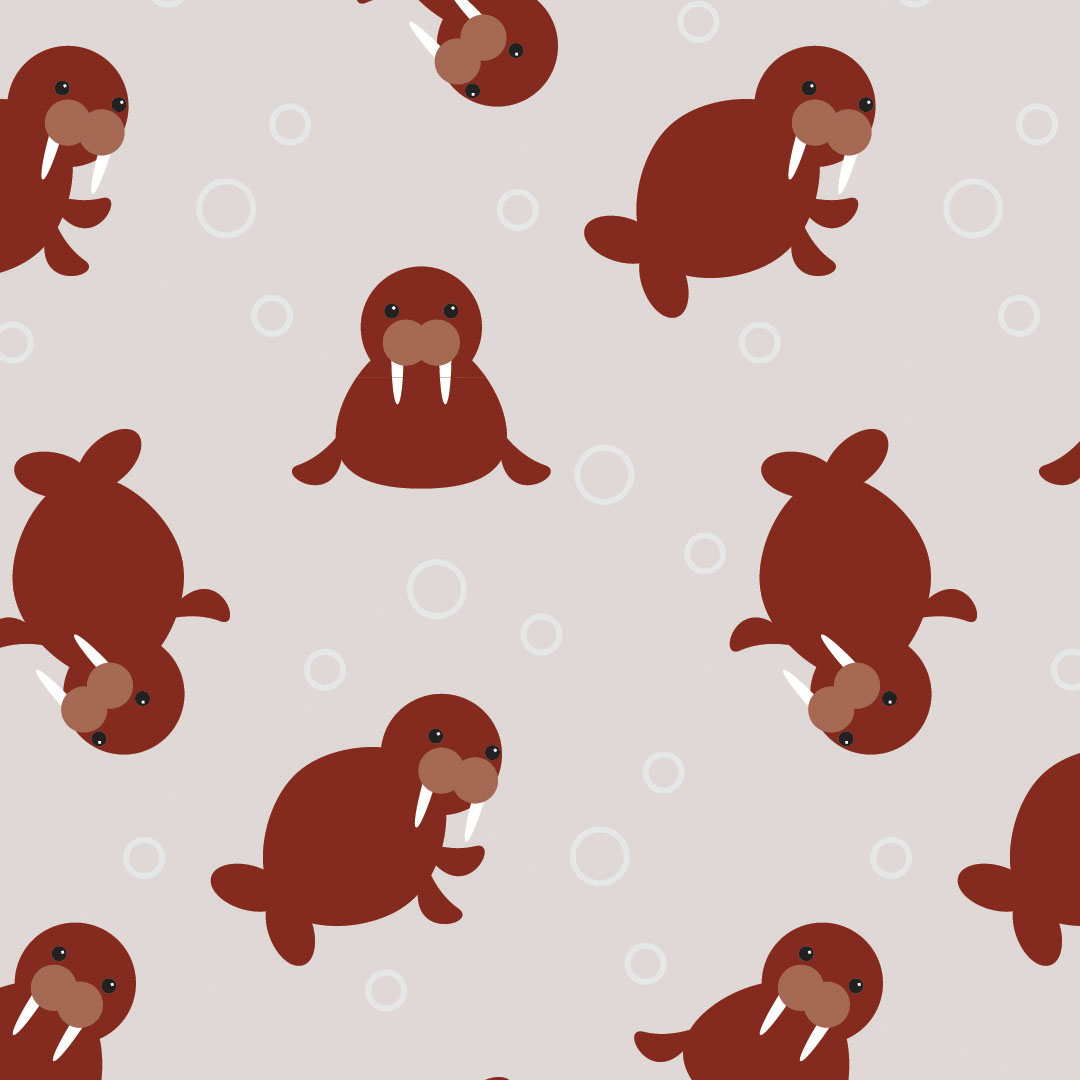 Bakers made...fancy things! Custard slices, chocolate stuff, and show stopper cakes. Definitely nothing having to do with walruses.

So why are there walruses? Well, because sometimes I watch the show with subtitles on, and I most definitely misread the technical challenge as WALRUS WHIRLS.

(It was really walnut whirls.)

I was so amused by the thought of walruses whirling about that there was no way I could’ve brought myself to draw anything else!

Thank you for checking out my “bake along” pattern series! Because I usually struggle to do anything in a series/on a regular cadence—and since it was an extra struggle after losing steam mid-series—I’m happy I reached my goal! I hope you enjoyed the end results ☺ 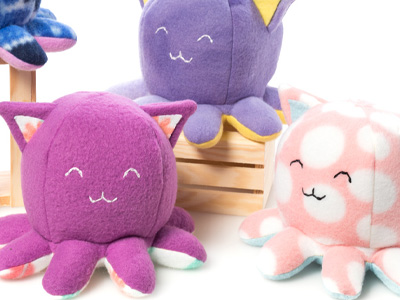 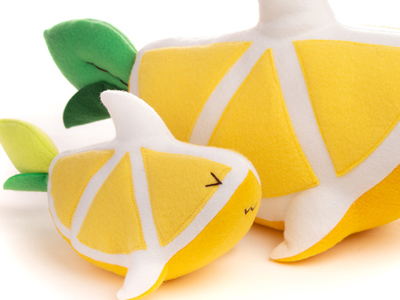 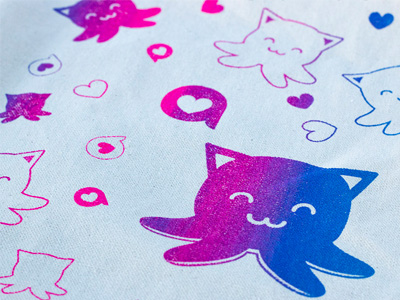 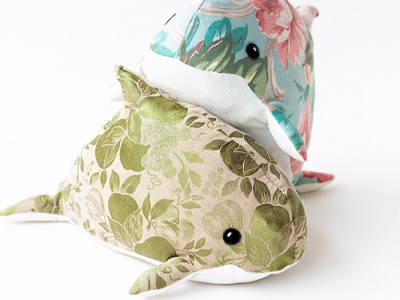 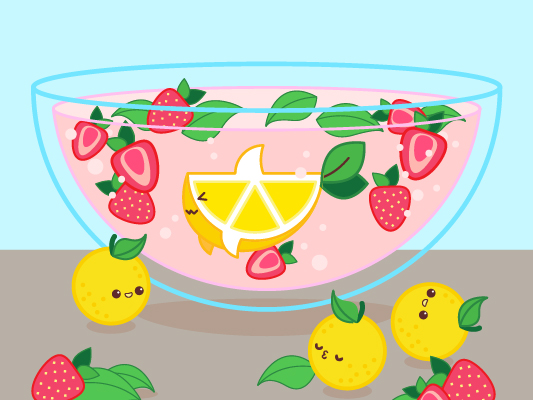 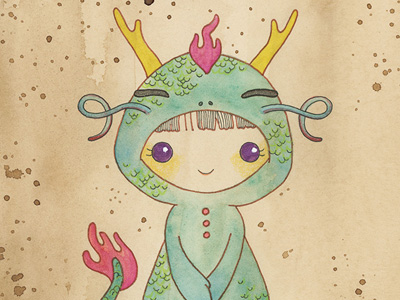 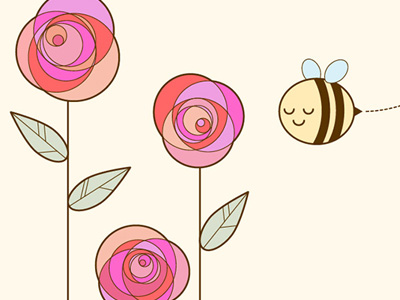 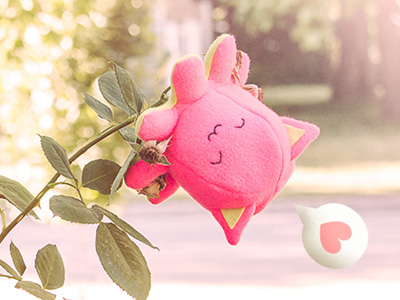 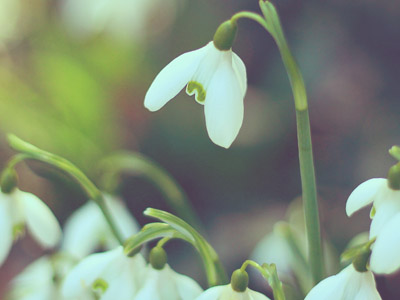 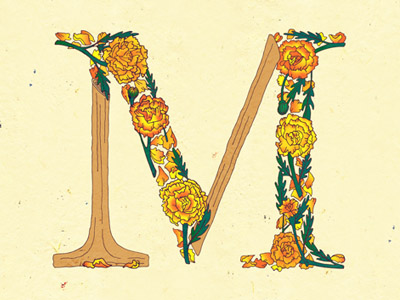 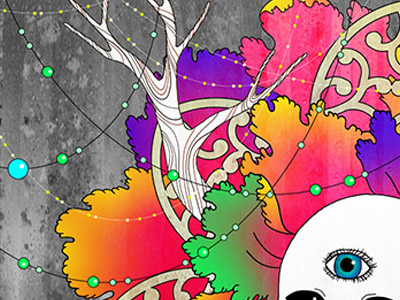 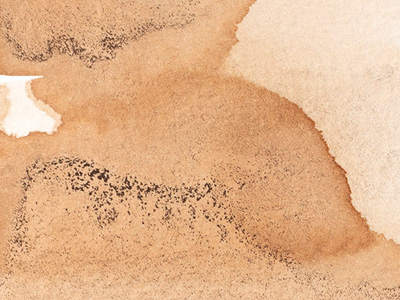